Nutrient adequacy during weight loss interventions: a randomized study in women comparing the dietary intake in a meal replacement group with a traditional food group

Safe and effective weight management strategies are necessary to stop the current obesity epidemic. The inclusion of meal replacements (1-2/day) in treatment of overweight and obese patients has proven to be effective and is recommended to healthcare personnel. The effect on weight is obviously important, but it is also important to evaluate safety and nutrient adequacy and the long-term impact on health. This study is a follow up to a previously published study that demonstrated the effectiveness of meal replacements and their positive impact on health. After two years, improvements in nutrient adequacy were found among women who included meal replacement in their weight loss strategy. This study was conducted to expand upon the preliminary results of dietary changes among women using meal replacement.

The purpose of the one-year study was to document, analyze and compare the nutrient adequacy of a traditional low-calorie diet with a low-calorie diet that included meal replacement as a weight loss strategy.

Study participants were randomized into two groups, a traditional food group (TFG) with a low-calorie diet, and a meal replacement group (MRG), which included 1-2 meal replacements per day in the form of bars or beverages, with 220 kcal per meal. Both groups received supplements and ate 5400 KJ per day (1200 kcal). They met the same dietitian and received individual counseling on a total of 18 occasions, every 14 days for the first six months and then once a month for six months. A 3-day food record, with two weekdays and a weekend day, was kept at baseline, after 6 months and after 1 year. Anthropometric measurements such as weight, height, hip circumference, body composition (impedance), fasting blood glucose and blood pressure were recorded at baseline, after 6 months and after 1 year.

After 12 months both groups had increased their fruit and vegetable intake and were closer to the recommended 5/day than at baseline (4.0 ± 2.2 for the TFG group vs. 4.6 ± 3.2 for the MRG group). The MRG group had a higher intake of vitamin A, vitamin E, vitamin C, riboflavin, pantothenic acid, vitamin B6, calcium, phosphorus and magnesium. The TFG group had significantly lower intake of several vitamins and minerals compared with the MRG group and were at increased risk of inadequate dietary intake.

The purpose of this study was to evaluate the nutrient adequacy of two different weight loss diets. It is important to measure and assess nutrient adequacy in different weight-loss regimens. Noakes et. al showed that intake of calcium, magnesium, zinc and iron were significantly higher (p<0.001) in the group that used meal replacements compared with the control group. In line with the results of the Noakes study, this study shows that nutrient adequacy in the meal replacement group was equal to or greater than that of the traditional food group with a traditional low-calorie diet for weight loss.

The study shows that both groups achieved successful weight loss at the same time that they received adequate nutrition. However, essential nutrient intake was better in the group that included meal replacements than the group that followed a more traditional low-calorie diet. The TFG group had significantly lower intake of several vitamins and minerals compared with the MRG group and were at increased risk for inadequate dietary intake. The study demonstrates the advantage of a treatment strategy that includes meal replacement while following an energy-restricted diet for weight loss. 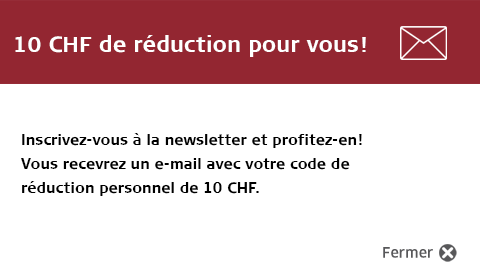